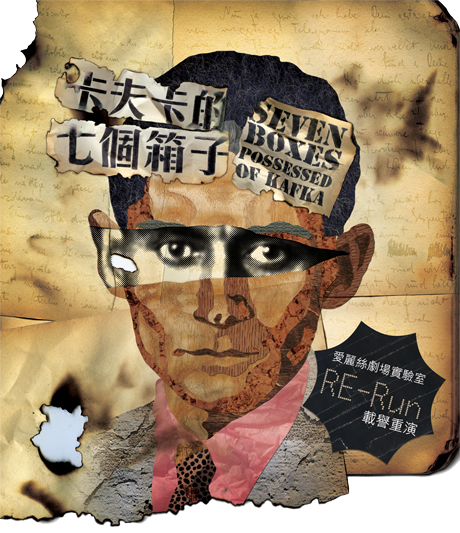 This rerun allows me to revisit this friend. Turning over the old pages, I reentered the world of Kafka with my actors. I found my world merging into Kafka’s as one as I grew older. We are indeed living in Kafka’s maze, where I readily decode the surreal situations of Josef K in The Trial and the metaphor of The Castle.

From nowhere, Kafka’s fables and aphorisms have become my own “chicken soup” and “man’s weaknesses”. I like them being straight forward, mean and acute.

They were offered the choice between being kings and being royal envoys. Like children, they all wanted to be envoys. This is why there are so many envoys chasing through the world, shouting—for the want of kings—the most idiotic messages to one another. They would willingly end their miserable lives, but because of their oaths of duty, they don’t dare to.

Isn’t it an illustration of our time? Kafka said, “We are all copying from our era.” That’s to the point. Just wonder if his characters and stories transcend time.

This “Man” refers to you, him/her and me.

Don’t despair. Don’t even despair for having the idea of “you are far from despair”. When it seems there is no way out and you are kept at bay, a new wave of power will surge from within to help you and remind you that you are still alive.

For you, him/her and me, who frown always.

And the one who owes me books on loan.