Once the Muse Speaks

Based on the true stories of the life and the creative works of four distinguished and revolutionary artists, the contemporary Chinese novelist Eileen Chang, the Spanish Surrealistic painter Salvador Dali, the German opera writer Richard Wagner and the French dramatist Antonin Artaud, Once the Muse Speaks delivers a ground-breaking and revolting presentation of the Devising Theatre. Once a creative idea occurs, inspirations will conspire to make it happen. Through exploring the creative works by each of the artists and highlighting the unusual episodes in their life, how the enchanting artwork of such influential artists were developed in their brain is illustrated in the play.

The performance begins with a new born idea, who finds his way to the artists’ mind. He links all their extraordinary experiences, no matter sweet or bitter, together to form imageries on stage which in return give the new born idea nutrients and let him grow mature. First comes Eileen Chang’s immense love, which gives rise to her novels with mean sarcasm about love. He then turns into fear, which inspires Dali. The crazy ideas are in fact the elaboration of the way he embraces fear. Wagner then comes into play as an inspiration to the artists despite his struggle with his second wife. His music comforts not only the souls of the artists but also that of the evil minds. And while Artaud is striving for the revolutionary idea of establishing the language of theatre and promoting it as an art form instead of the subordinate of literature, he suffers mentally. What could calm his soul down is the time when the Muse speaks to him.

Once the Muse Speaks (Première)

Once the Muse Speaks (Taiwan) 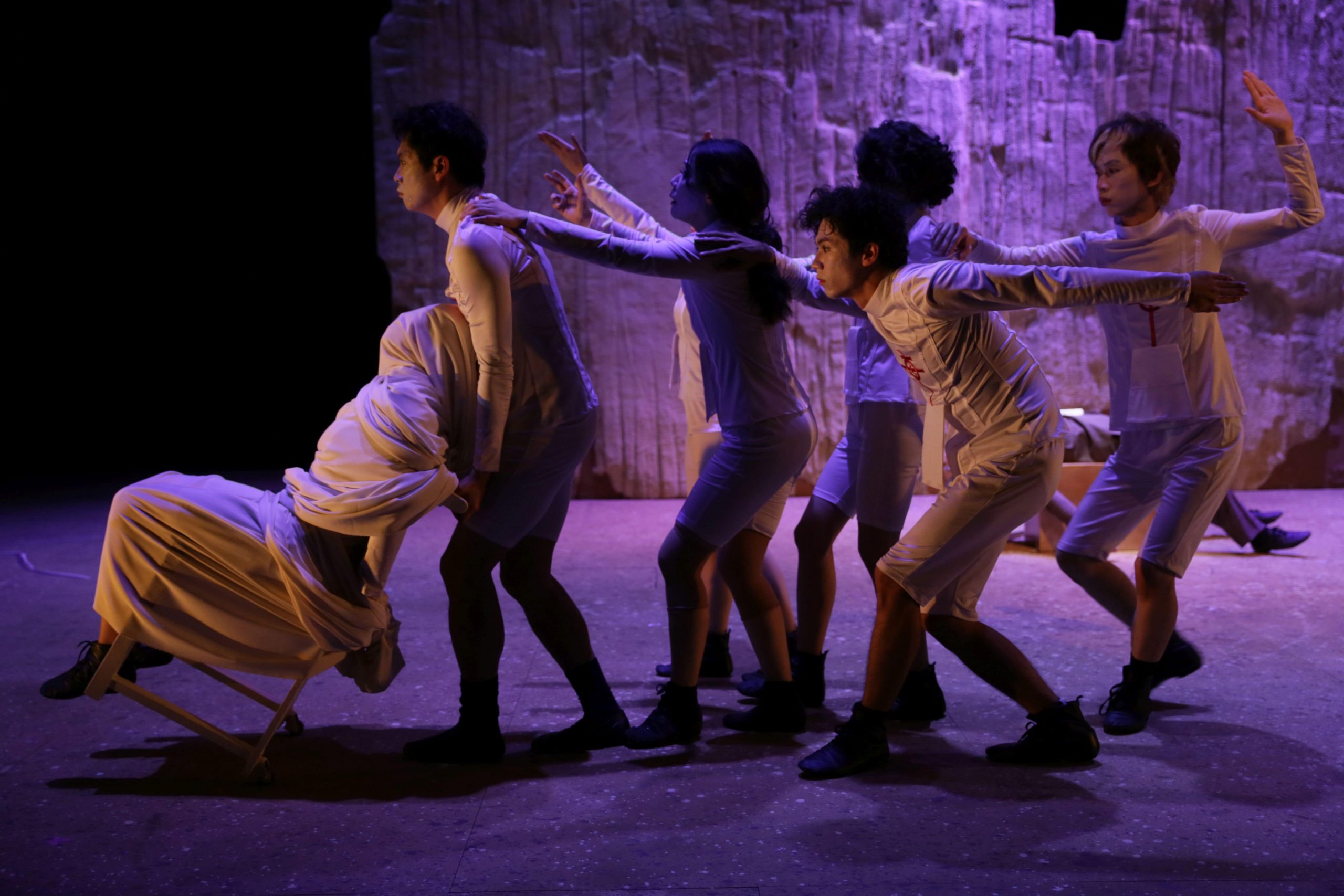 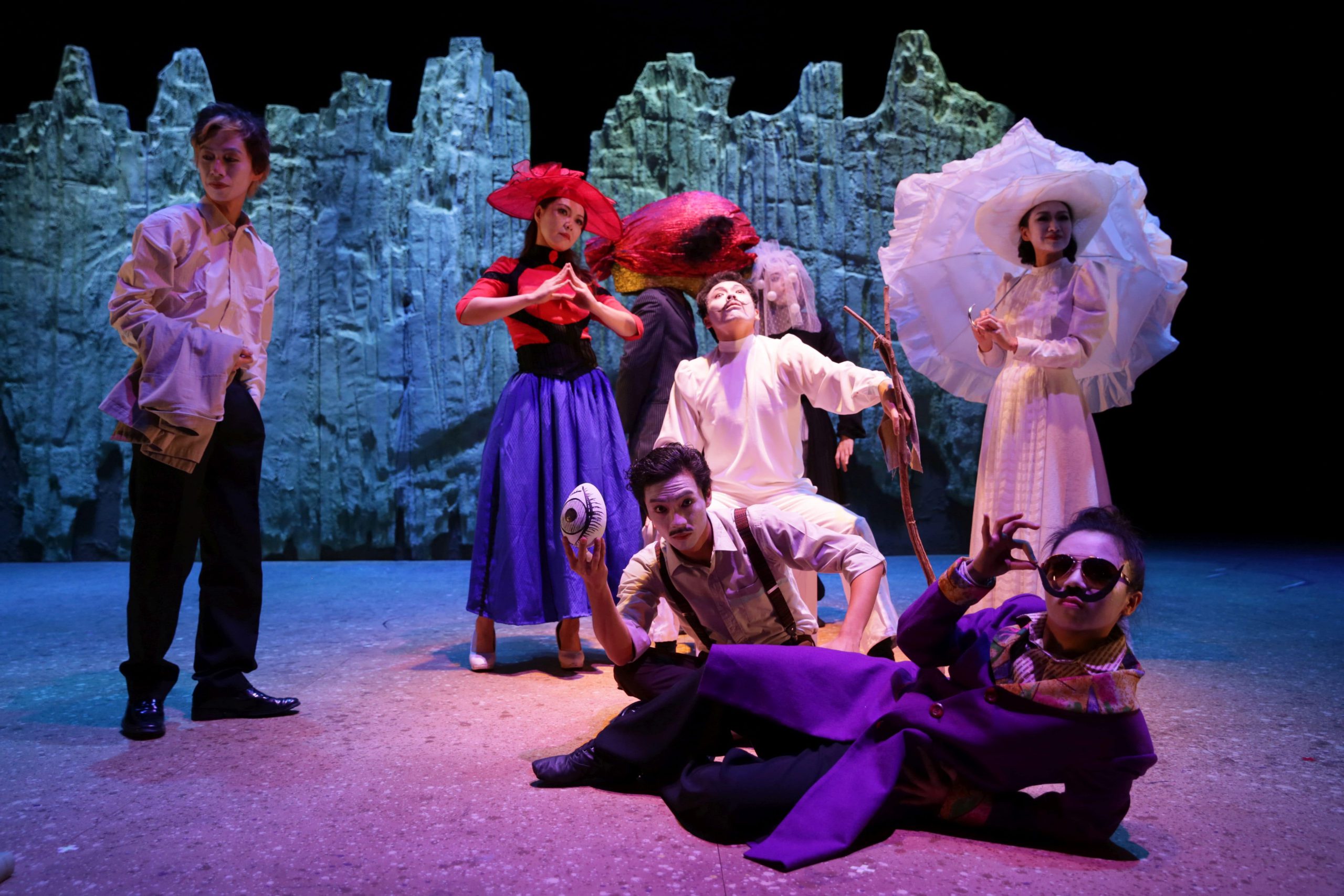 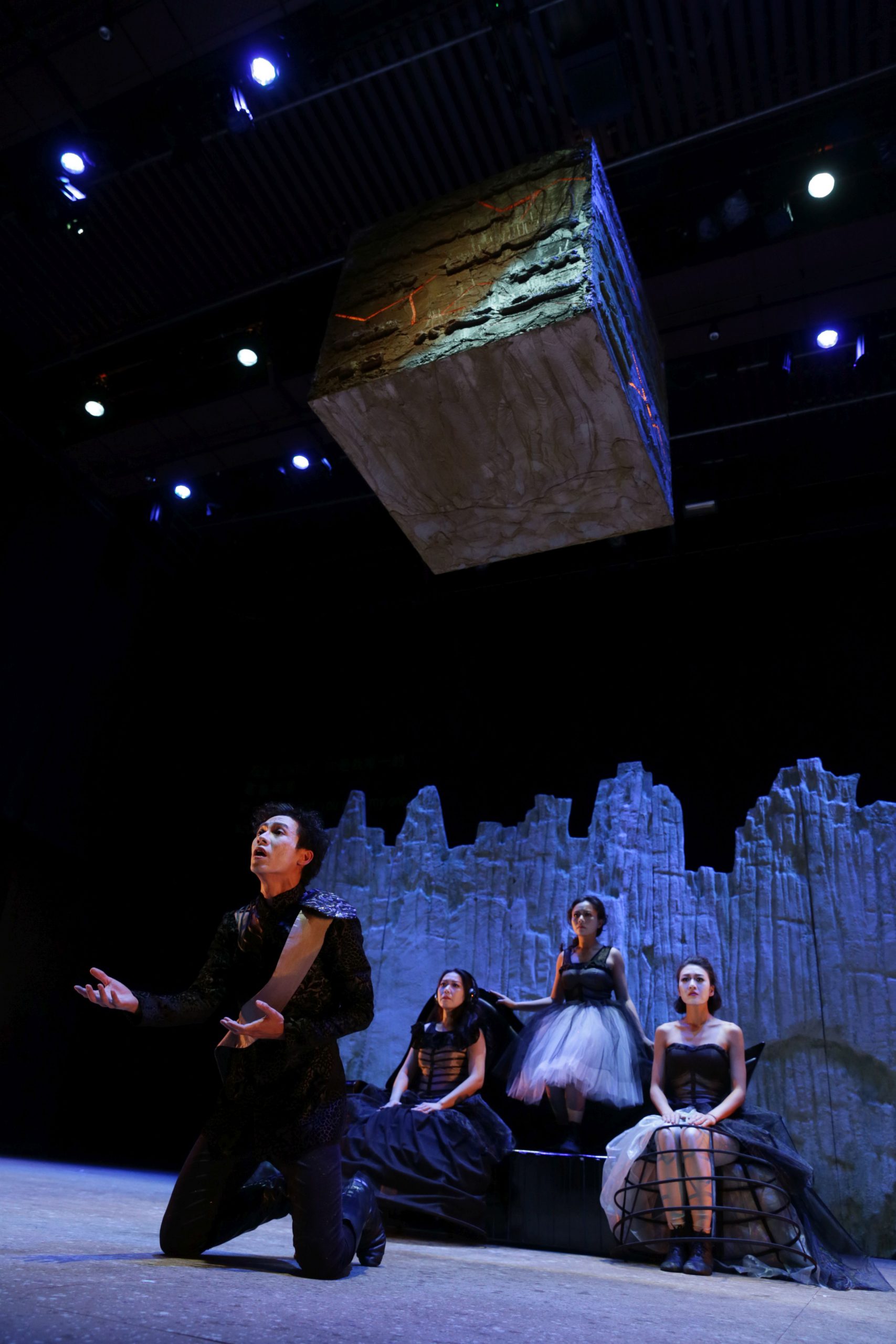 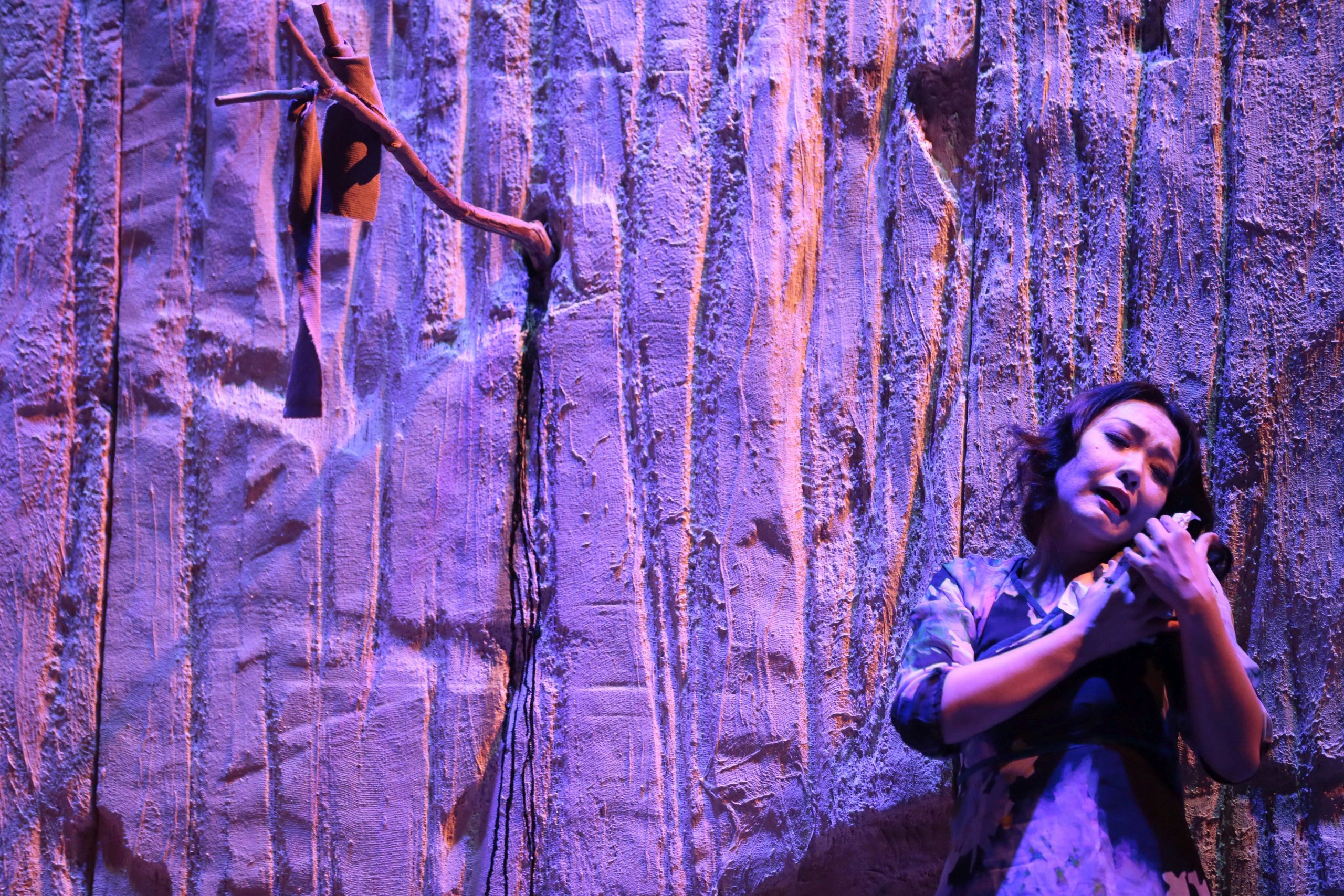 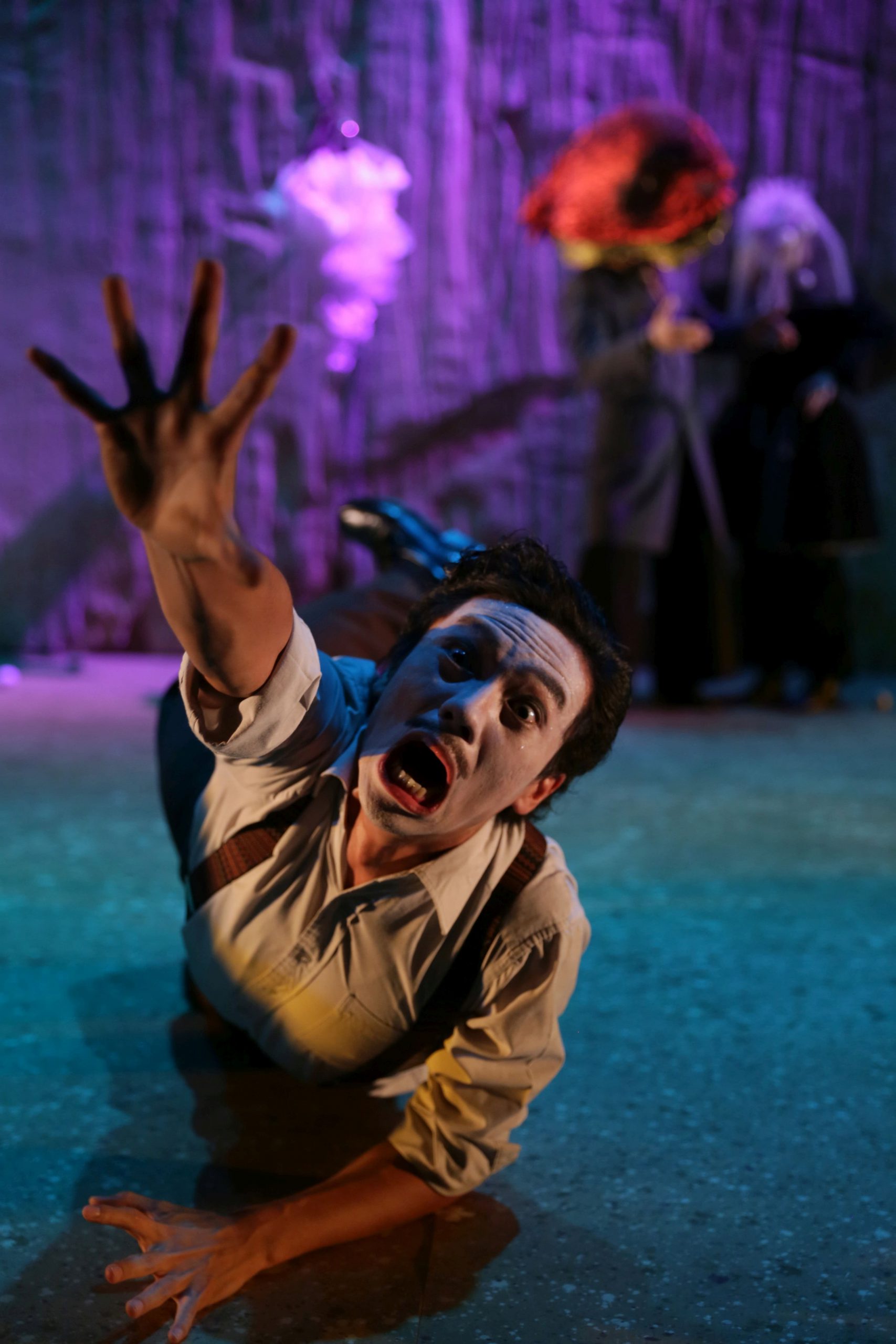 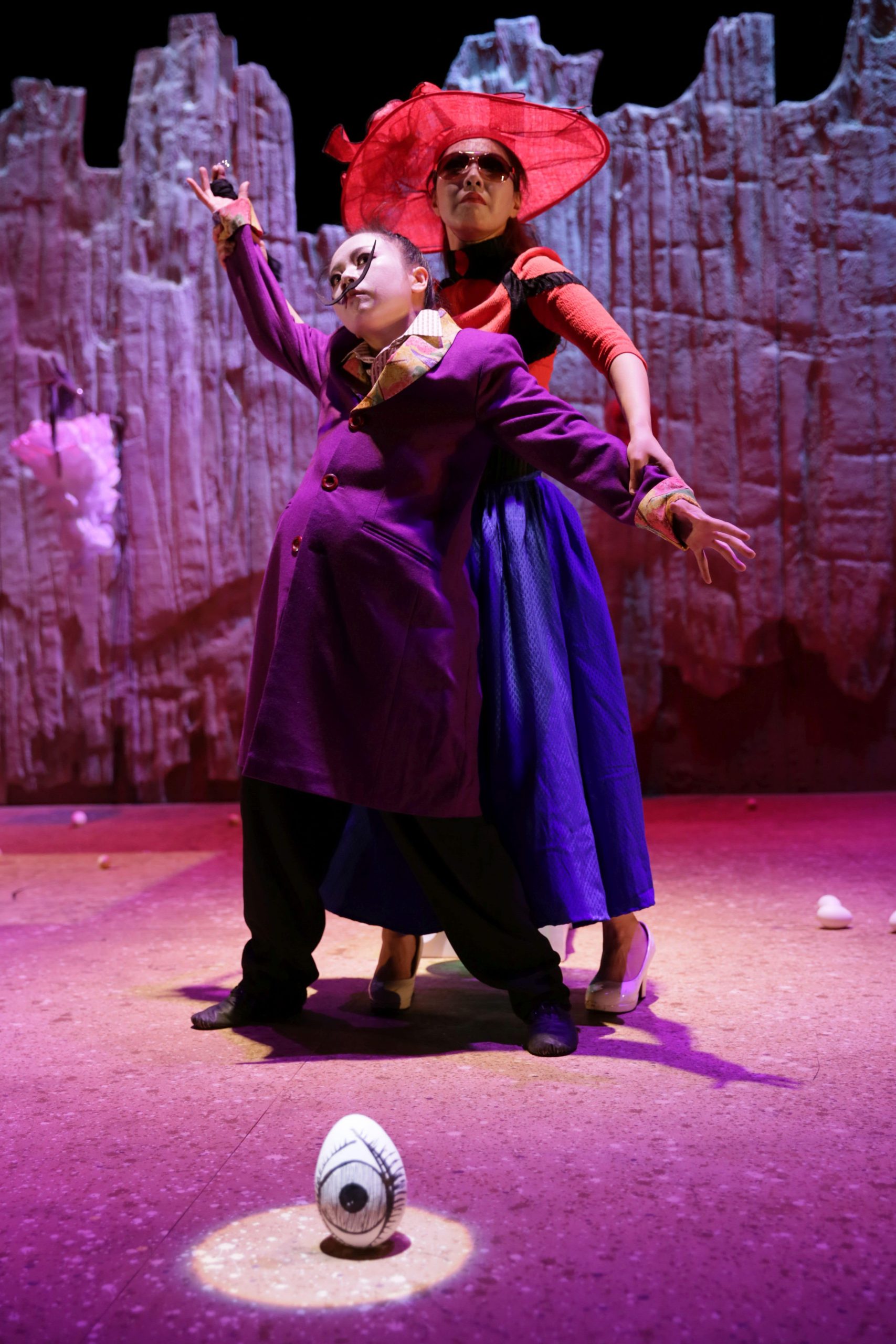 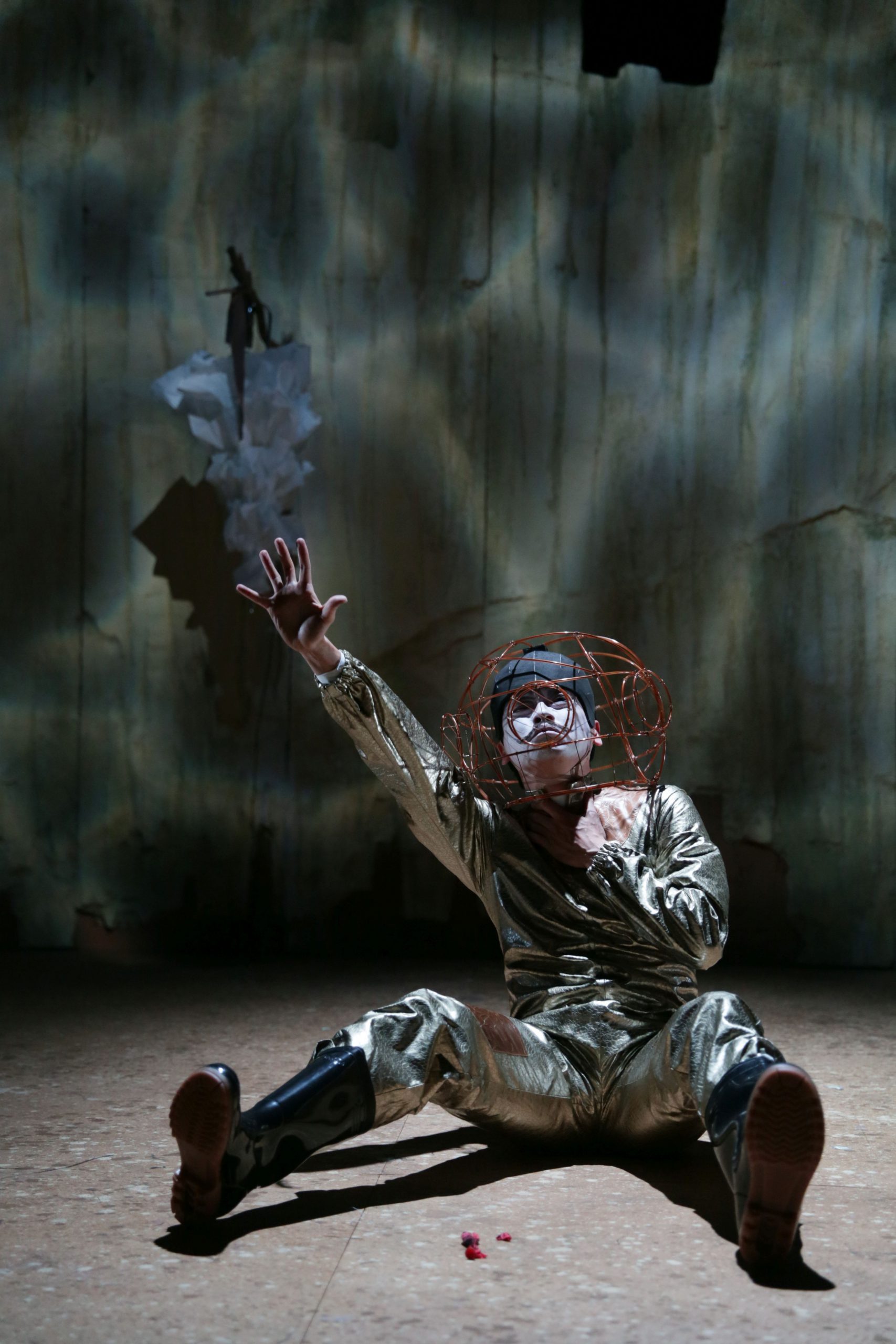 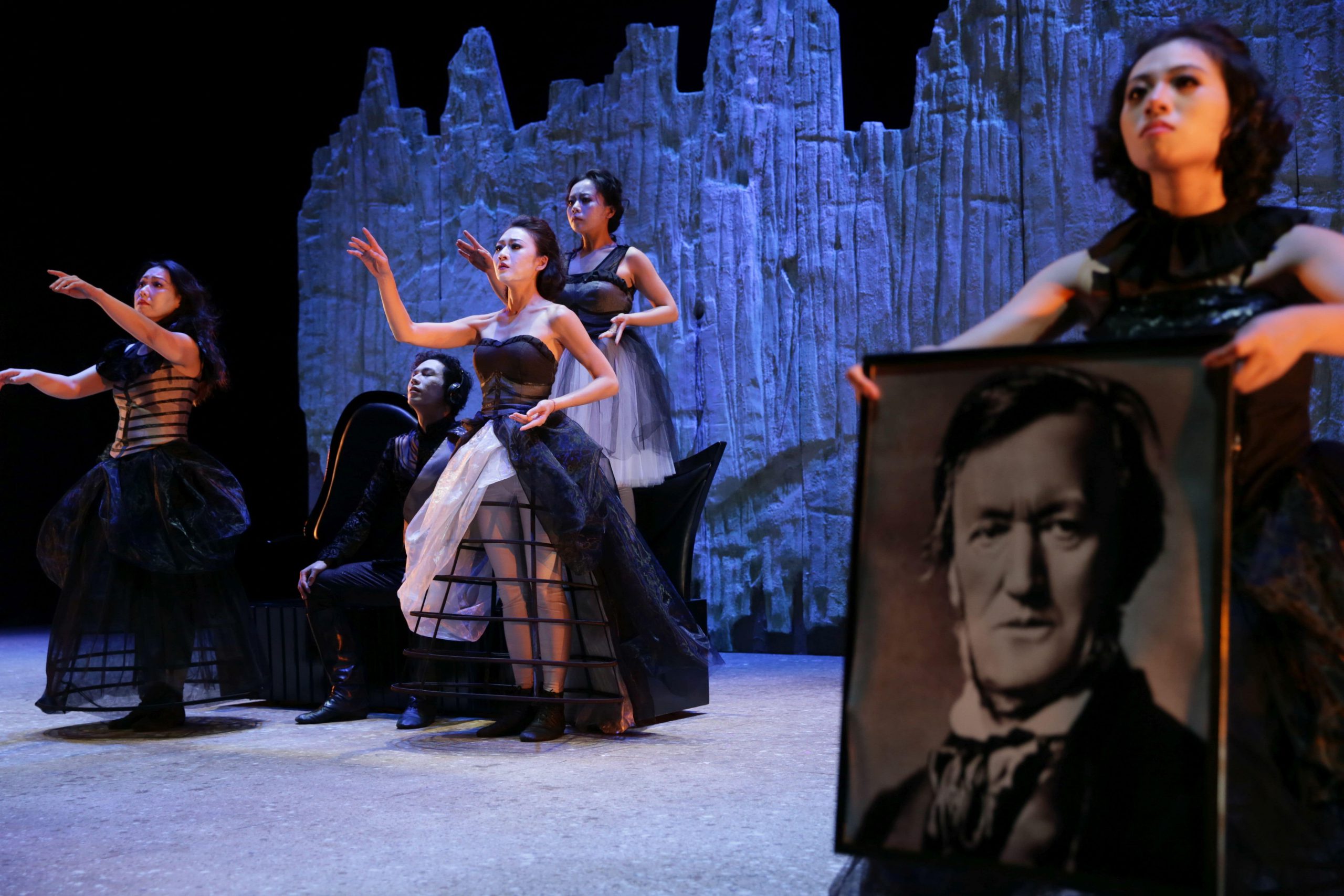