One Hundred Years of Solitude

Inspired by Nobel Prize winner García Márquez’s Magic Realism Novel, One Hundred Years of Solitude delivers a mythical way closest to the atmosphere Márquez tried to create, visualises the surreal scenes in words on stage with magical and theatrical effects. The acting company stretches their theatrical creativity to the limit as Márquez does in words to tell his fable of solitude in his enchanting story-telling style through devising theatre.

The performance depicts the rise and fall of a family in power. Many years later, Iguarán’s spirit still haunts the house after she died. She is everywhere standing by every descendant, witnessing their ups and downs as well as birth and death until the last member of the family is eaten by ants while the city disappears in the meantime. She recalls fragments from her memory: the fear of bearing a baby with a pig’s tail, the exile for escaping from the dead man’s spirit, the eldest son’s home-coming blood, the second son’s revolution, the seventeen illegitimate children, the unwelcomed gypsy coming with devil-like devices, the mud-eating girl, the sleepless villagers who lost their memories and her own daughter’s curse on the family. Before she vanishes with these memories, she confesses that all seven generations have inherited the same eyes as their ancestors’ – showing immense solitude.

One Hundred Years of Solitude (Première) 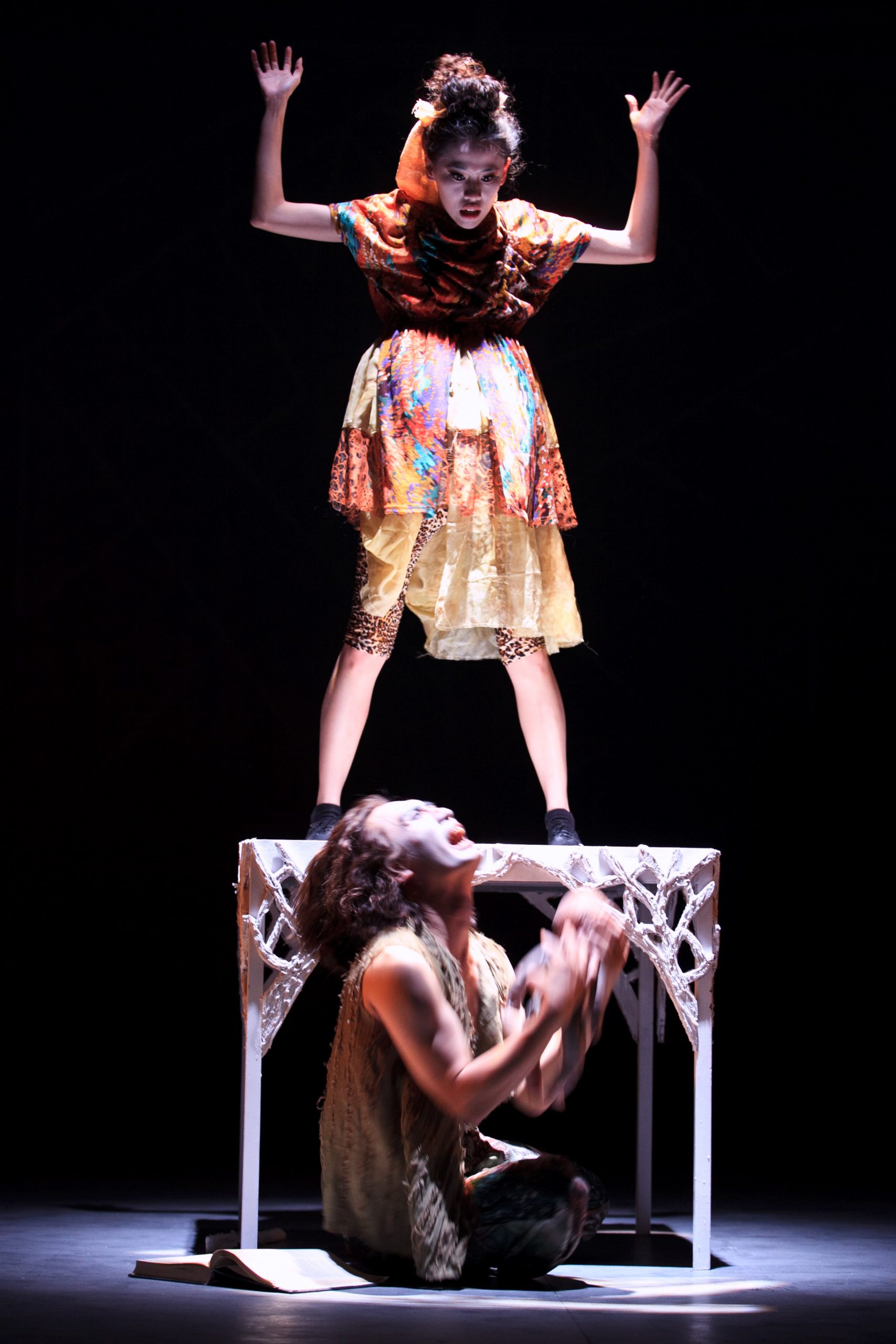 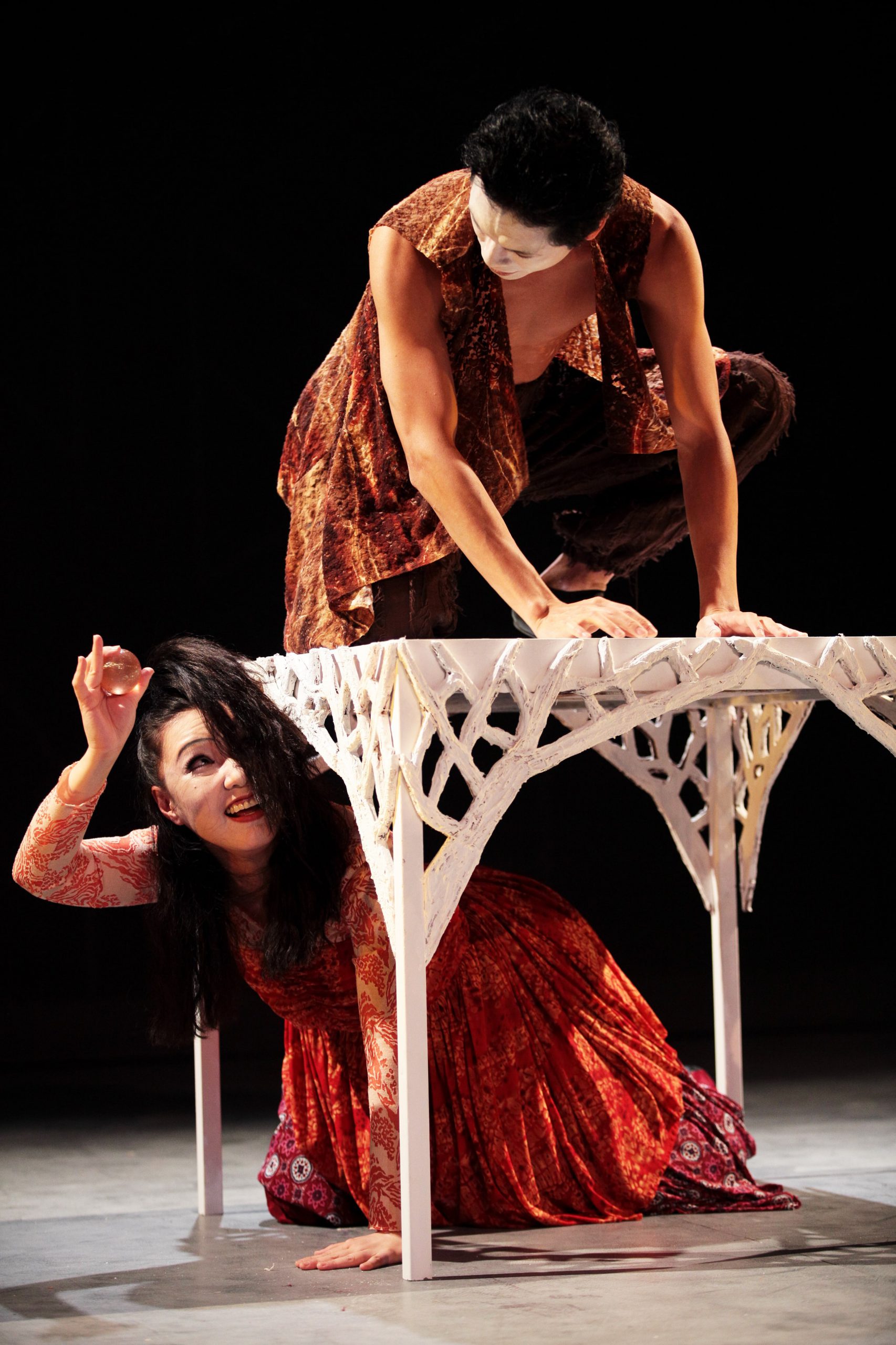 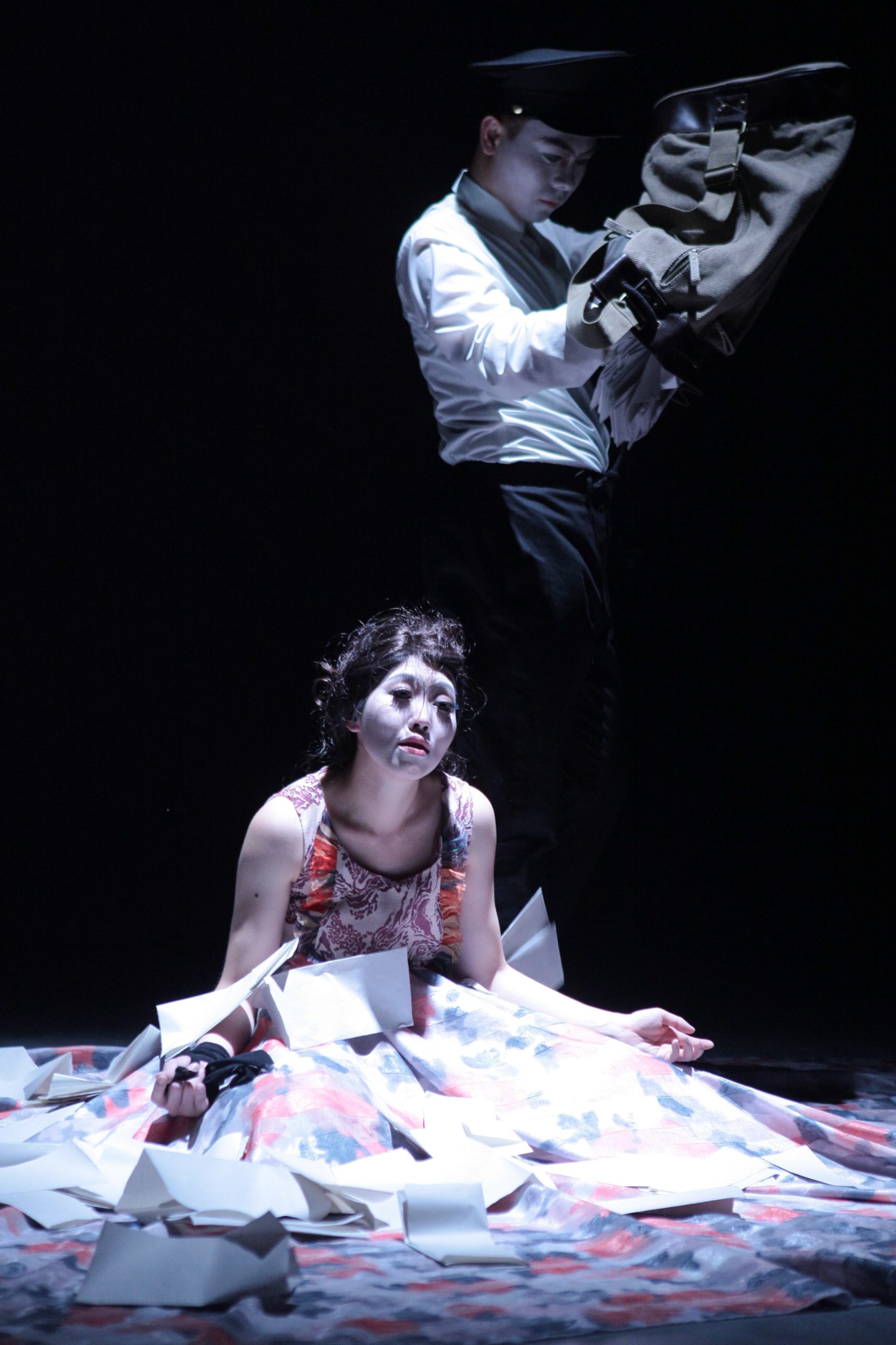 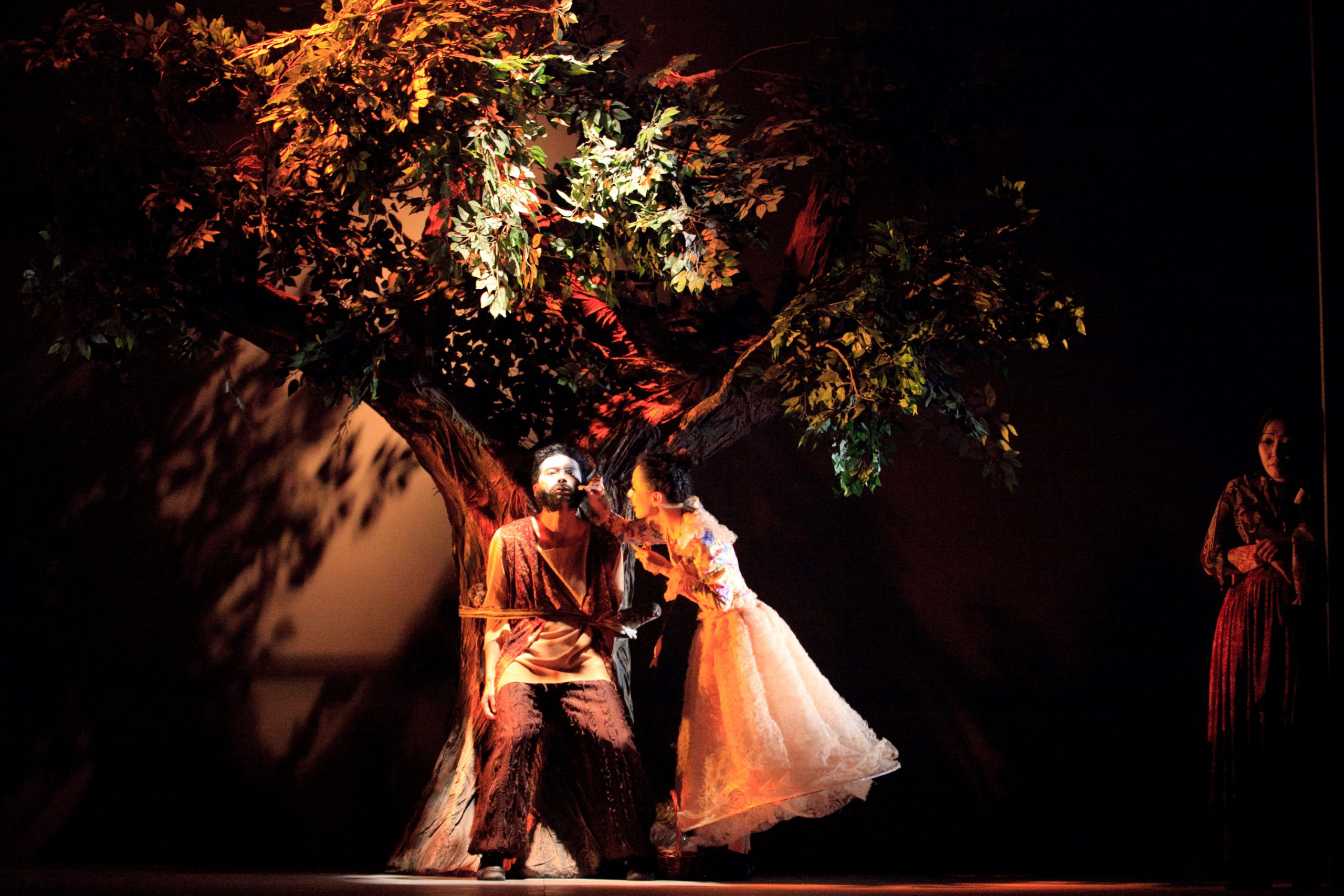 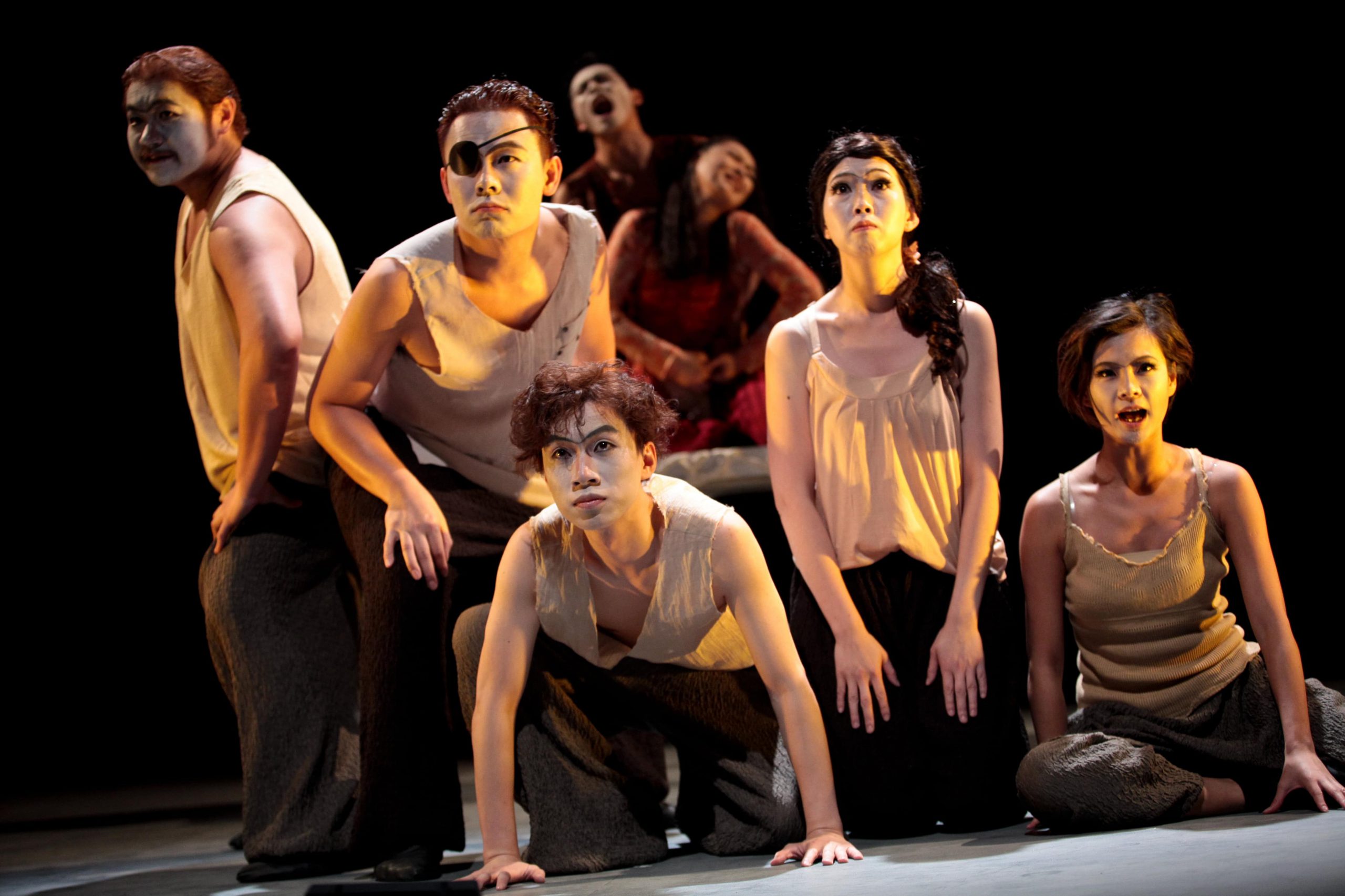 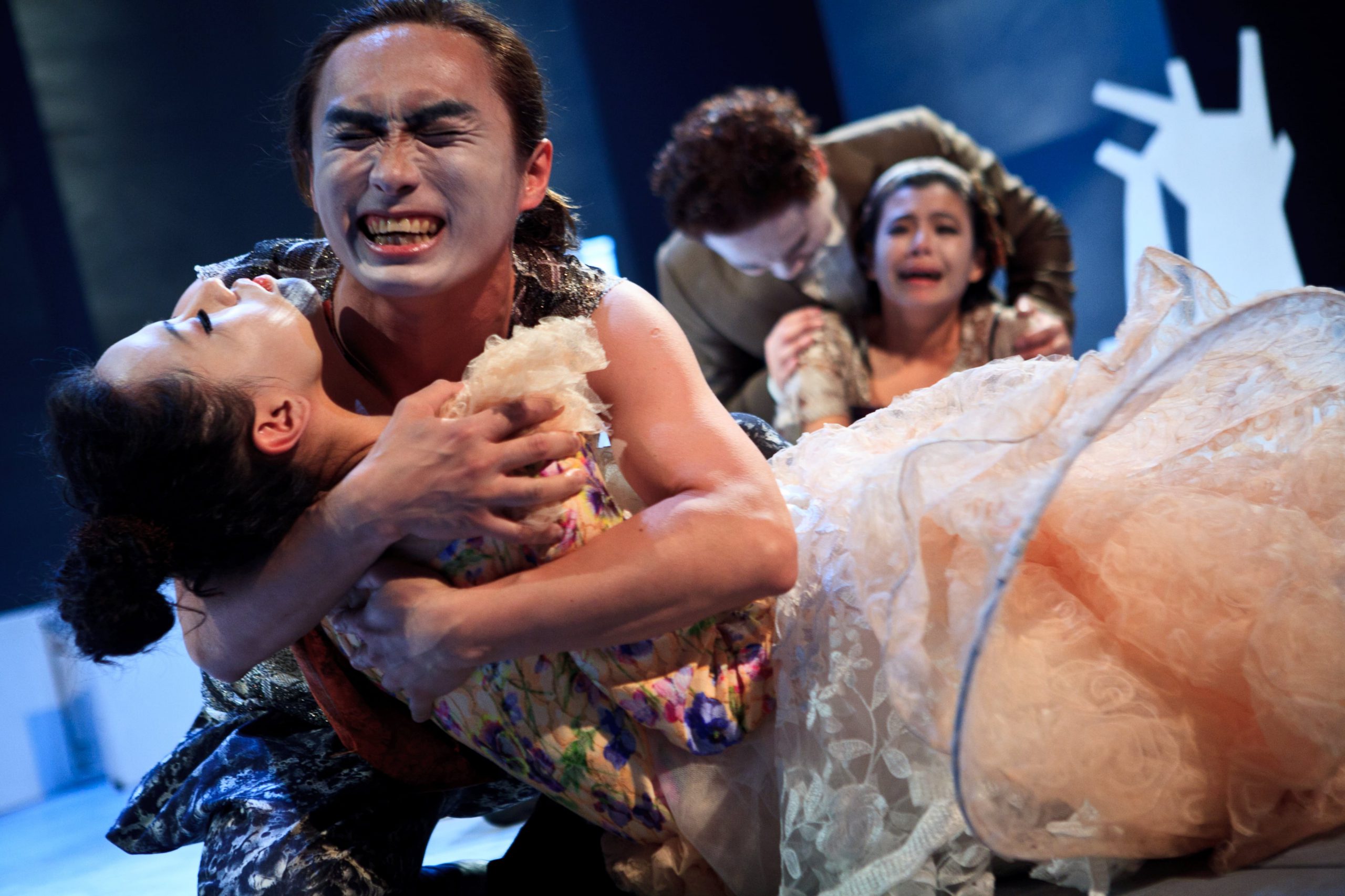 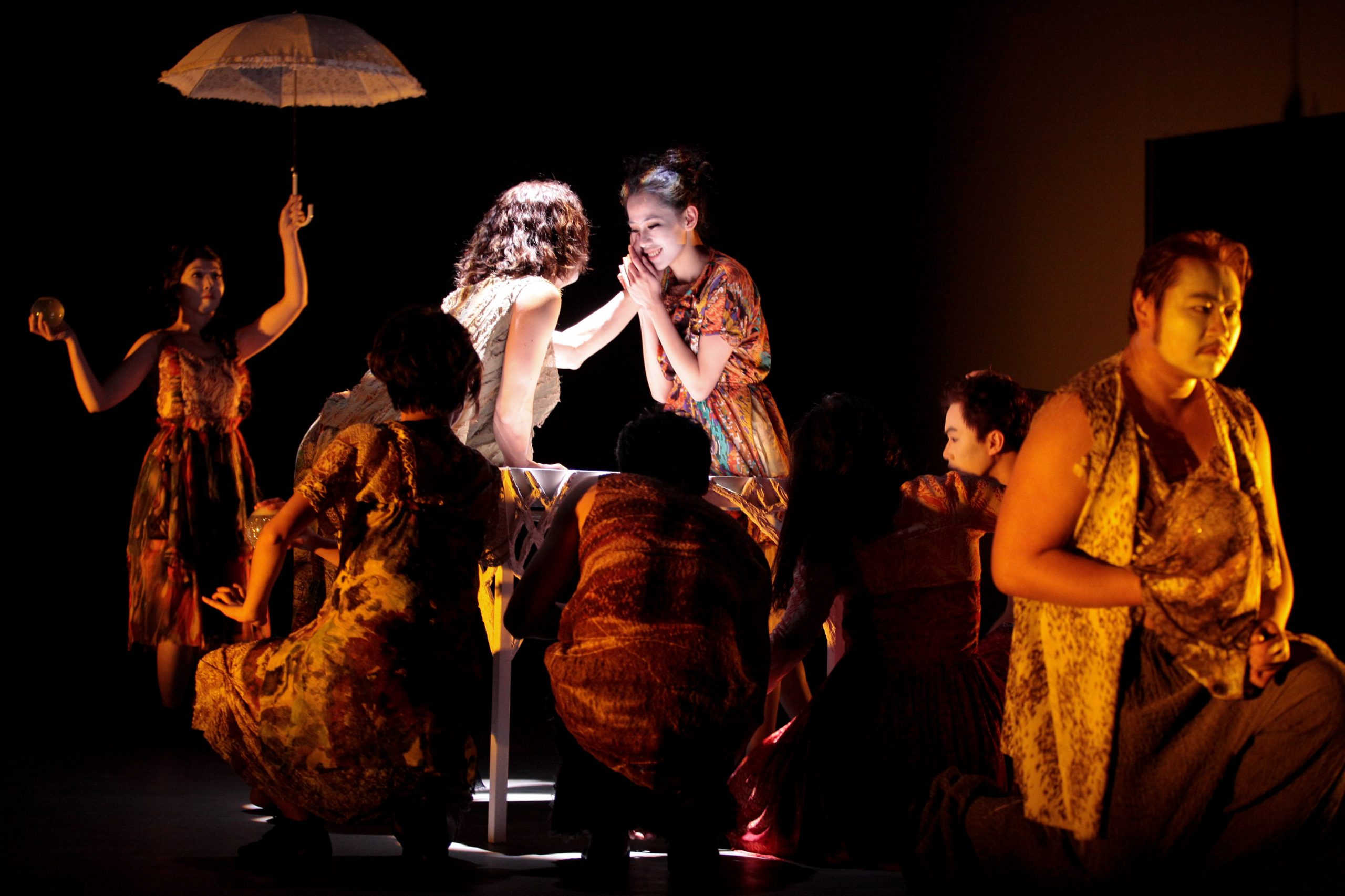 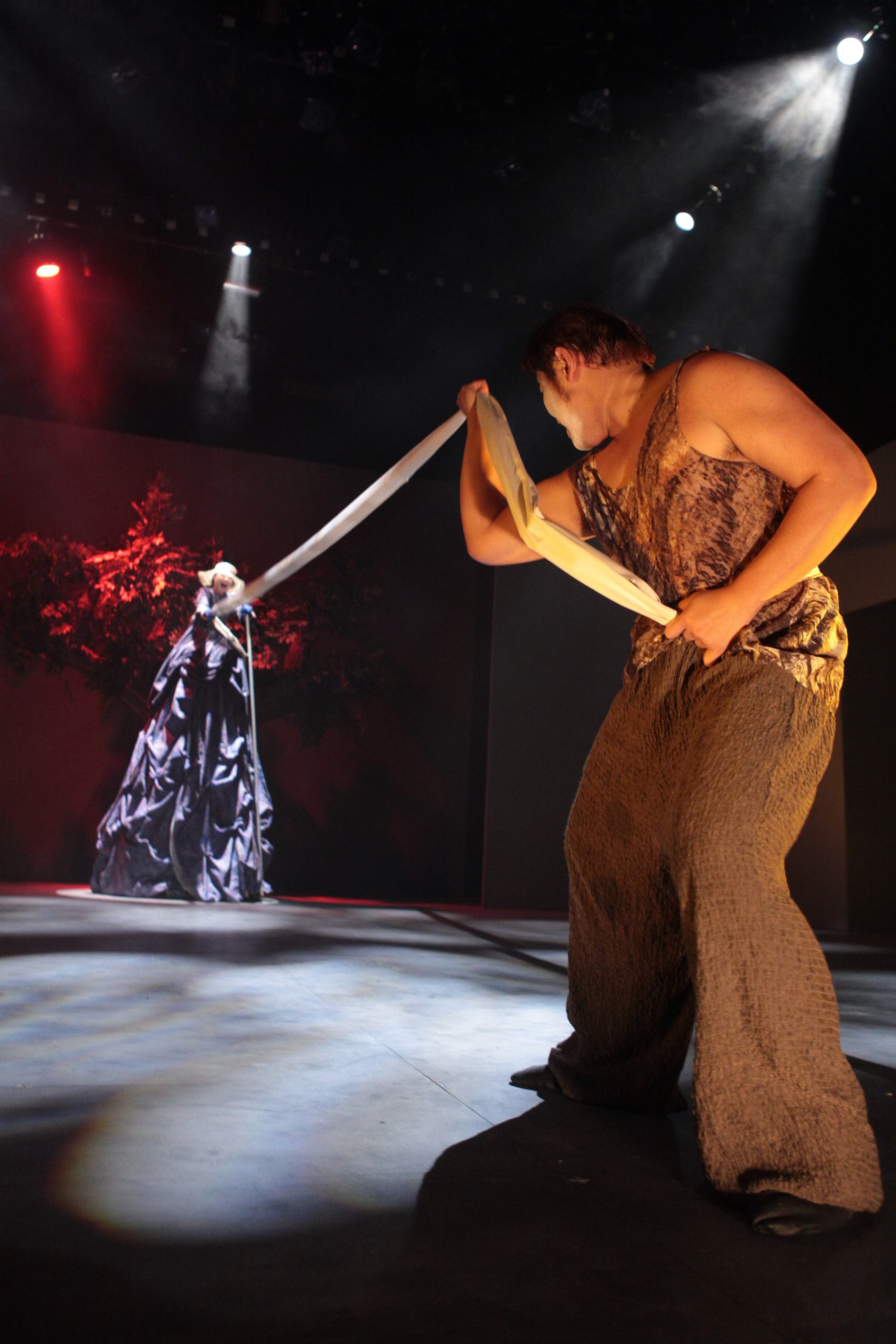 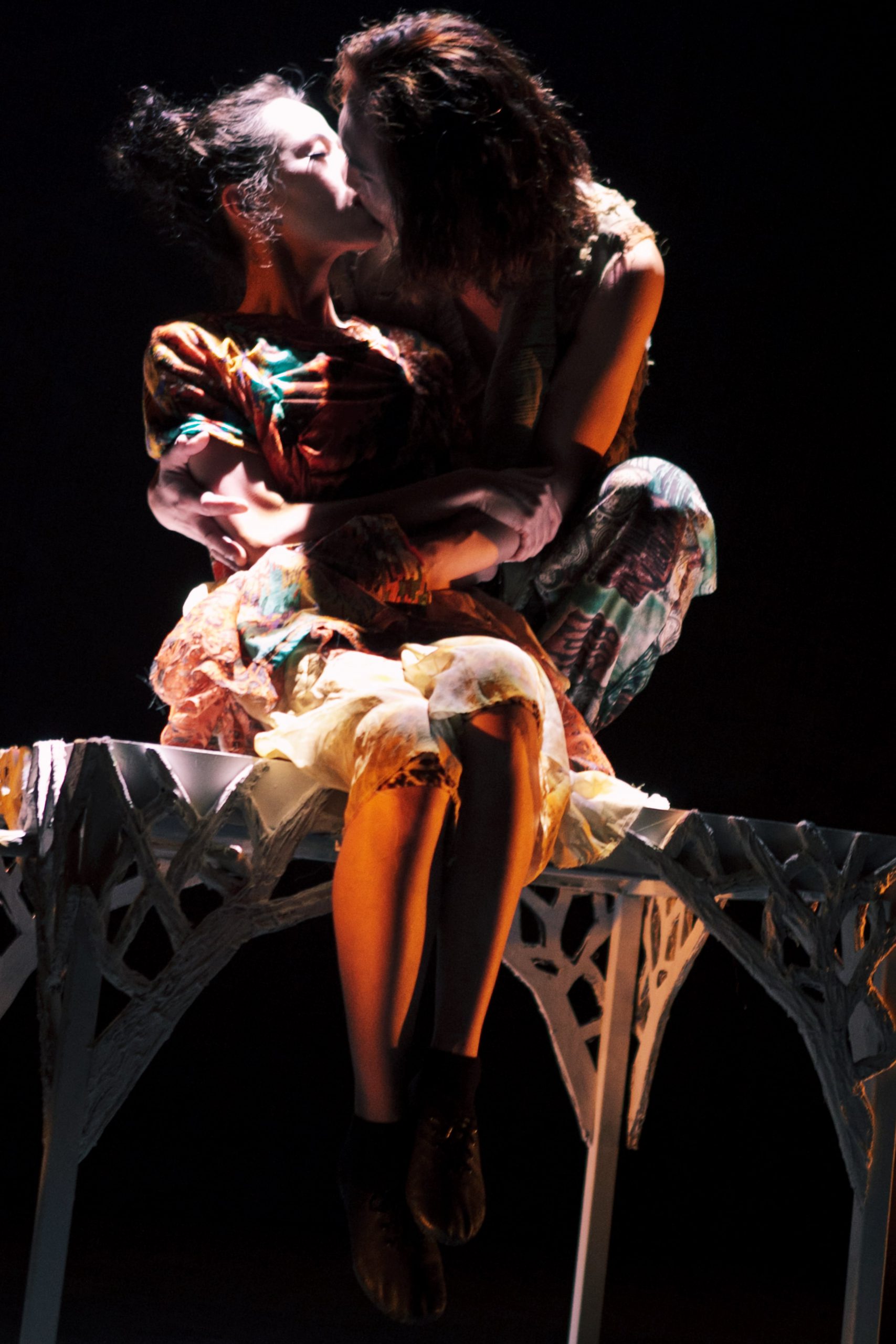 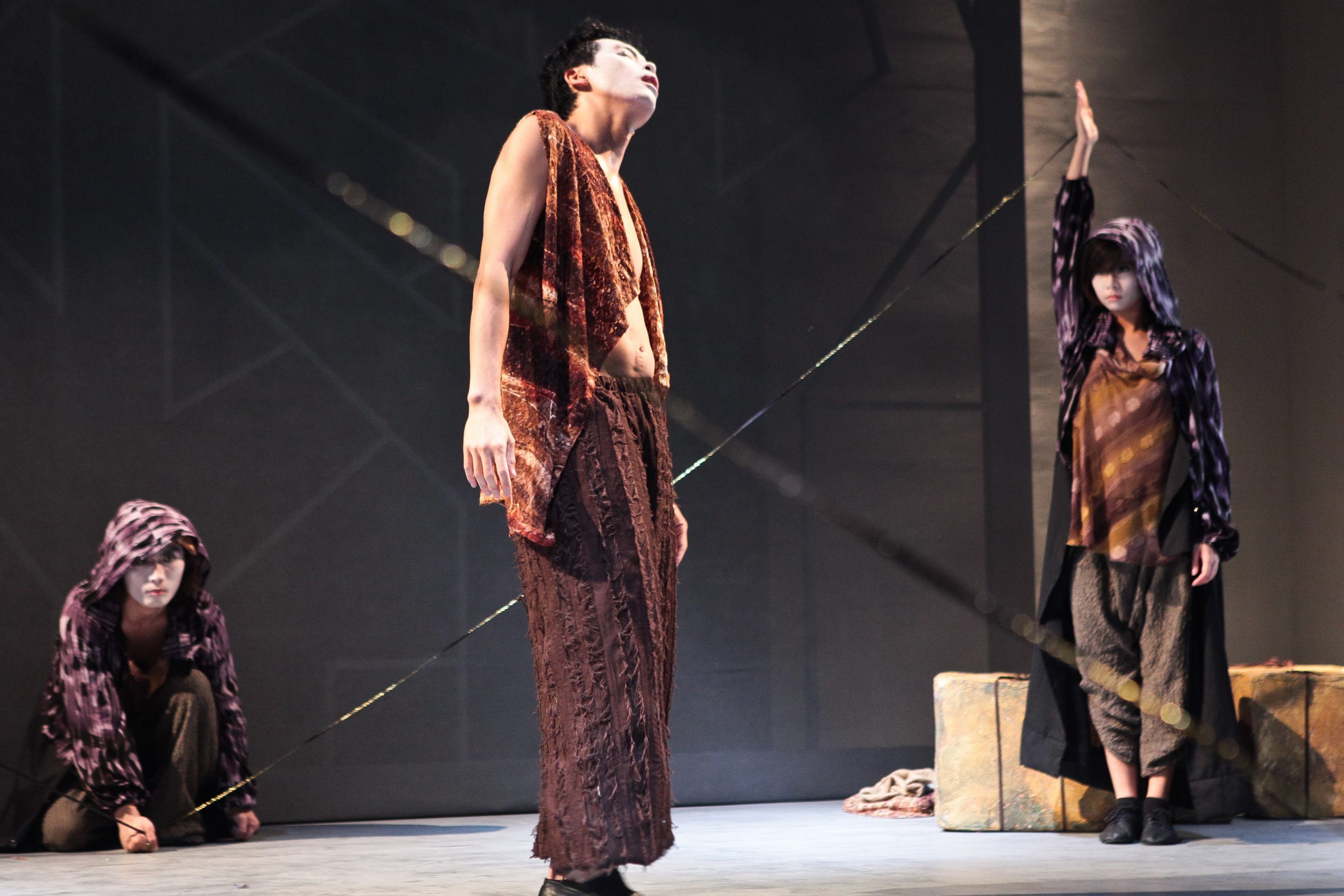 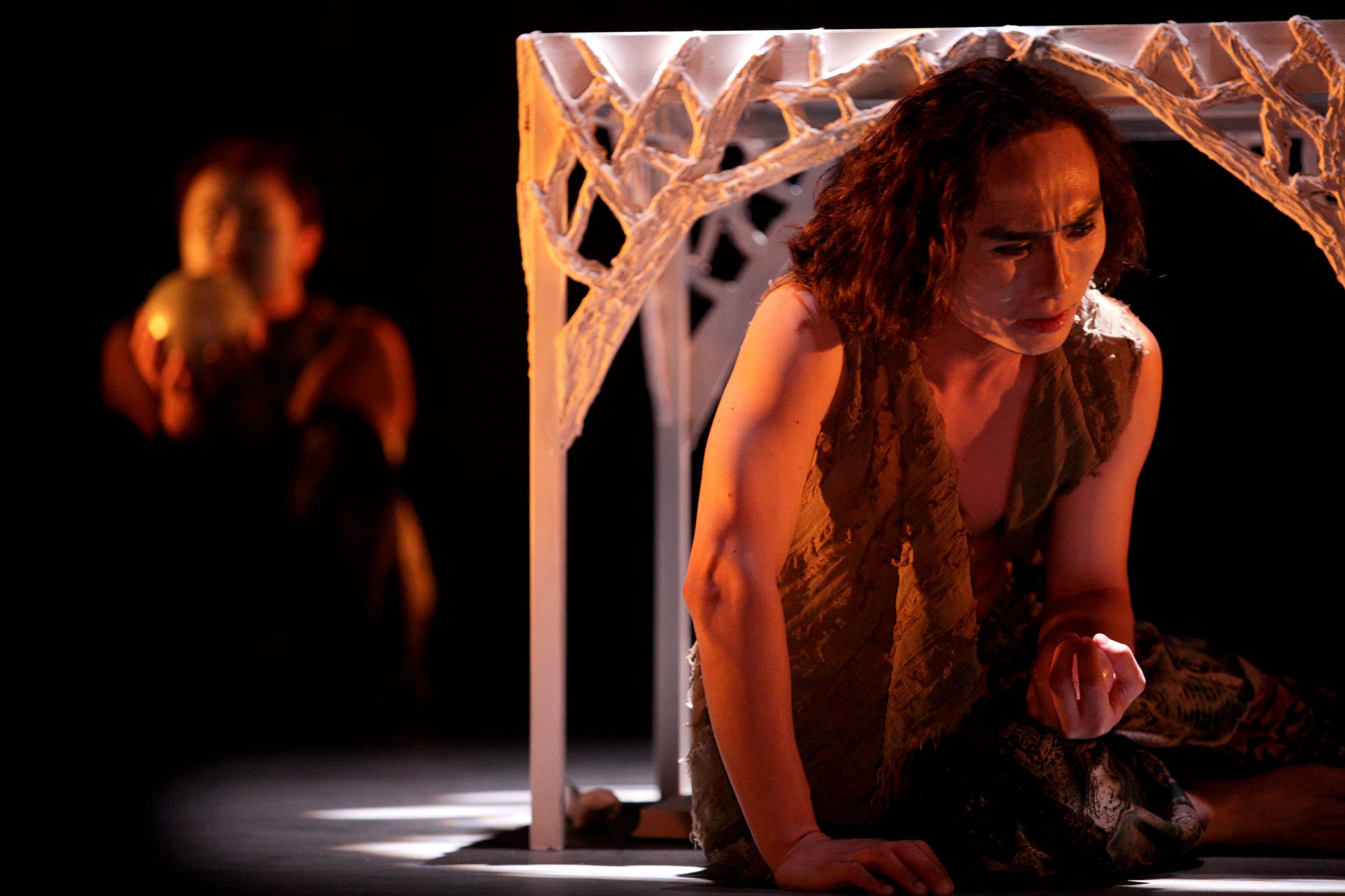