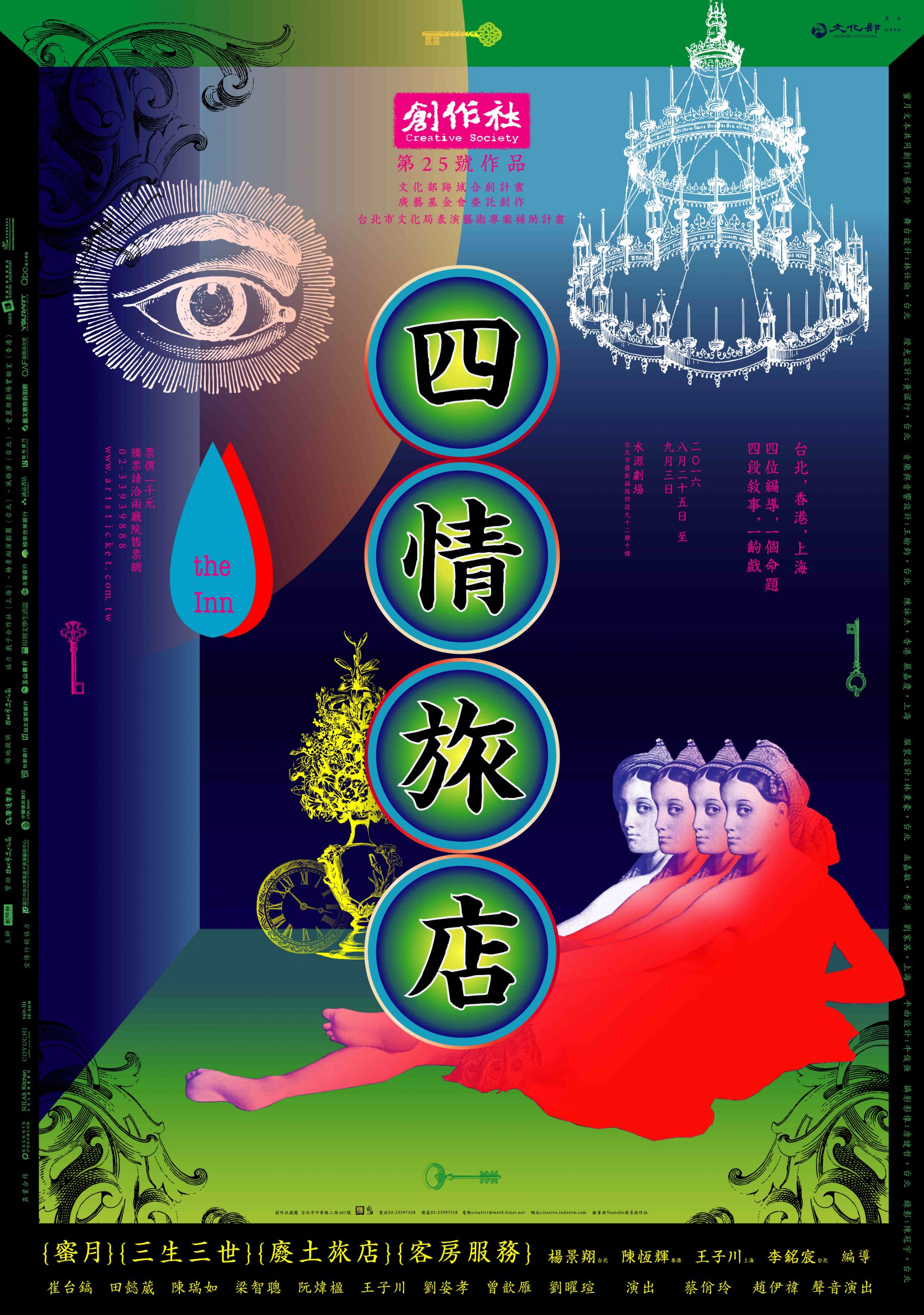 In Cantonese with Chinese surtitles

I thought I missed the gift of Maths or it was just a long lost friend. From kindergarten to Primary 2, I was the cream of the class. I still remember one of my future career was to be a mathematician. Yet, after I was promoted to Primary 3, my mathematics genie left me behind without saying goodbye. Since then, I failed all maths tests or exams no matter how hard I tried. Eventually, I accepted myself as a maths idiot. Until one evening eight years ago, when I confessed again how poor my mathematics was in a rehearsal session of Seven Boxes Possessed of Kafka, a good designer friend of mine objected, “You do calculation well, very accurate… what you calculate is just something else!”

Directing is a genre of mathematics. It is the calculation of something beyond numbers, reaching the realms of sense and emotions, as well as the fate of characters.

One night in July, an idea occurred to me that The Inn was a “mathematical” creative journey. At the very beginning, I was conceiving a story about the twilight years of Eileen Chang. But why The Inn? Probably because of Hu Lancheng’s This Life, This World. Yet, my interest in this idea faded away. Once, episodes of Yokomizo Seishi’s detective novels and Izumi Kyōka’s surrealist works brought me new inspiration, which I left behind since their movie way of storytelling did not suit the 40-minute presentation. The turning point happened at home one evening when I was tidying up old things. I found an English composition book, in which there was a short play about a boy catching butterflies who meets a girl counting the twelve lanterns again and again in front of a big house. I still remember my English teacher asked me what those twelve lanterns stood for and her eyes were filled with curiosity… Then the first part Teenager’s Dream of Butterflies started to reconstruct in my brain. With an adjustment in the number of lanterns from 12 to 7 and the addition of the role of “mother”, this version tells a story between the boy and the girl with the theme of love and freedom.

I thought twice and was aware that there should be three stories under the title The Inn. At this very moment, a movie titled “Pasolini” was screening in Hong Kong. It reconstructs the crime scene of the Pasolini (the renowned Italian film director) murder case. It reminds me of his movies in a highly symbolic style, which I find most fascinating. Then I developed the plot of The Lullaby of a Maiden: a heavenly beauty born to save the world means to advocate love but turns out to be tangled up with the earthly matters, and ends up as the symbol of consumerism.

Despite dropping Eileen Chang’s story, I still could not break away from the idea of including a scene where a young writer meets and talks with a celebrated author. Meanwhile, I strove to link up these three episodes. This brought about a discussion of the two previous stories in the last part of the play. Perhaps I love Italo Calvino’s If on a Winter’s Night a Traveler so much that the second-person narrative structure has been internalised. Besides, the news about a female writer refusing to recognise her own son caught my eyes. I reckoned this news story could be further developed and went well in line with the theme of love and freedom. After completing the scene “Scar”, the three actors shared their perspectives. The team then turned into a detective squad finding clues for the characters’ history and motives of their behaviour. We saw their personality, true selves and even destiny.

It came to my attention that there are a number of Ms in this play
M is for Mother
The image of the heavenly beauty can be associated with Virgin Maria, for which Madonna’s song was used.
The composer of the piano concerto used was Mozart
M is also for Money
M could be Murder
M could be Motel

The three episodes recycled the props and sets, generating feelings of déjà vu and reincarnation. This play is also like a game of mathematics.
Three stories twirled together
At last, we discovered that the beginning of the story had revealed…
Now, it is your turn to decode it.
Before you start, I can tell you:
Izumi Kyōka can still be kept while Yokomizo Seishi has been replaced by Morimura Seiichi.

I have talked too much. Your turn to decode the play now. 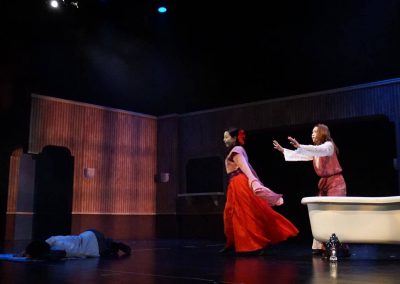 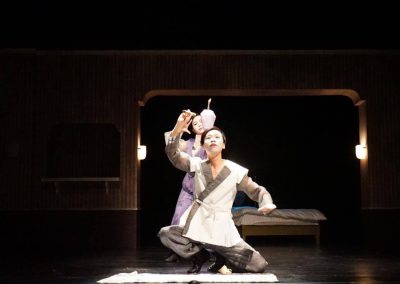 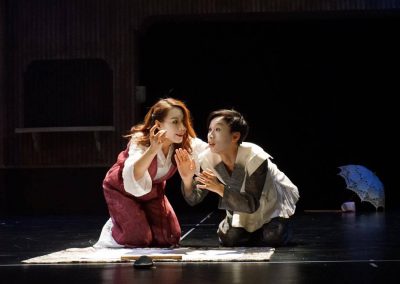 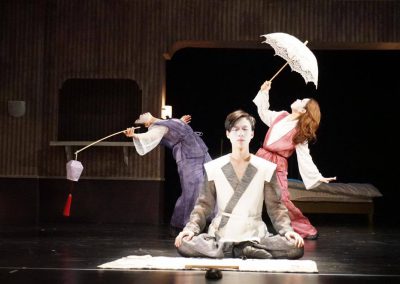 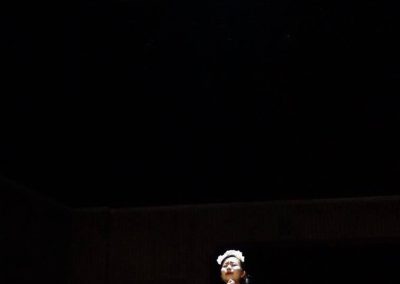 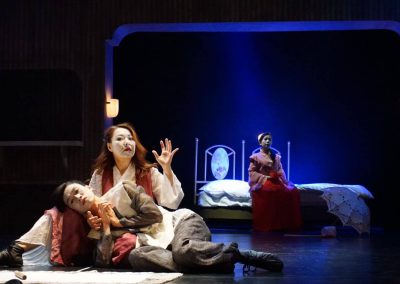 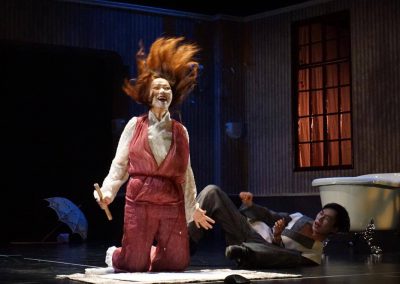 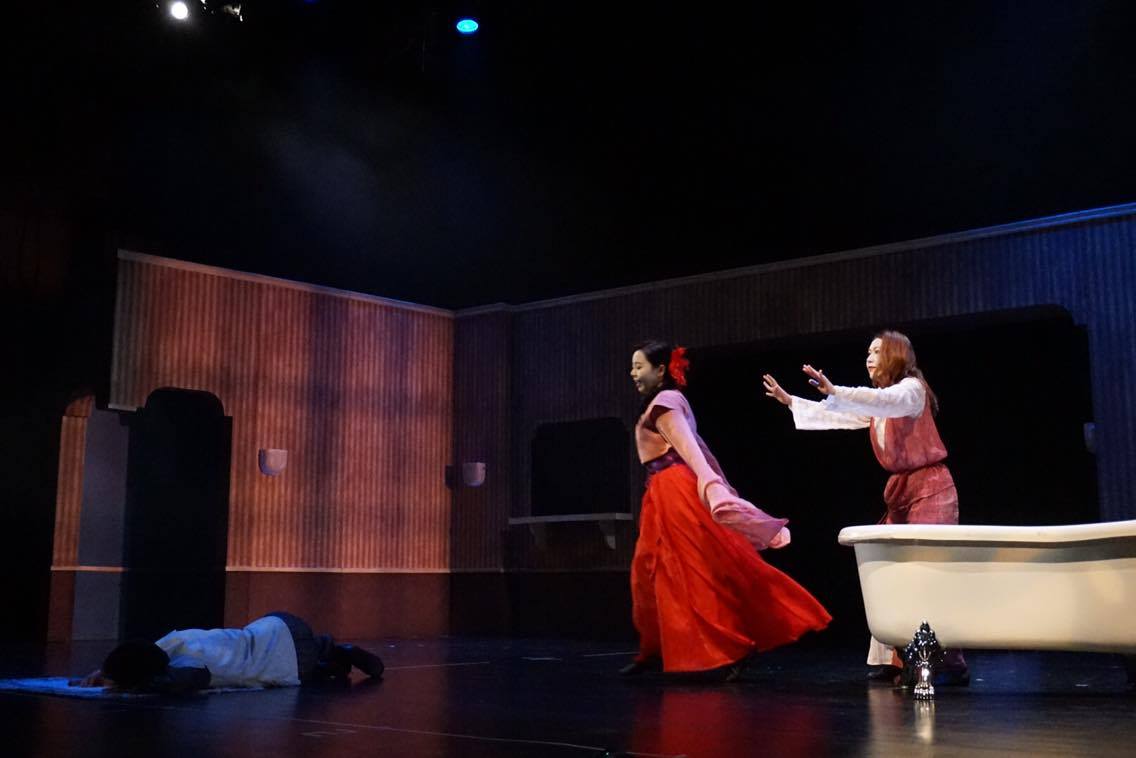 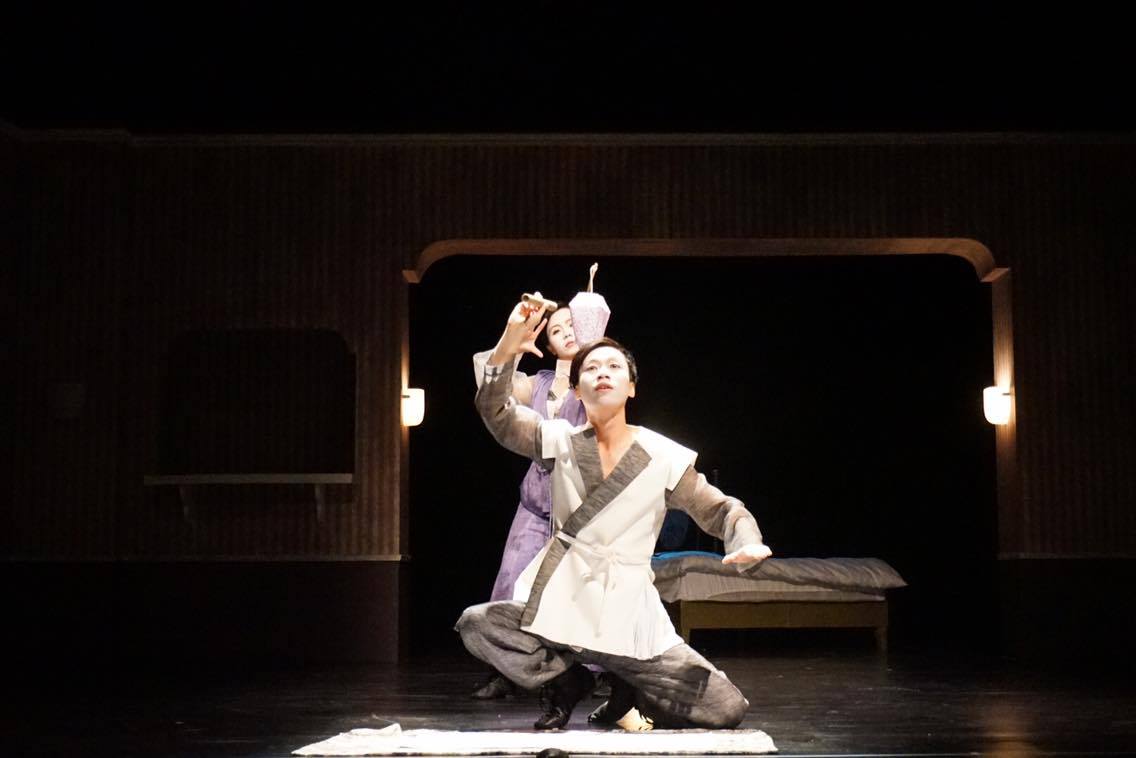 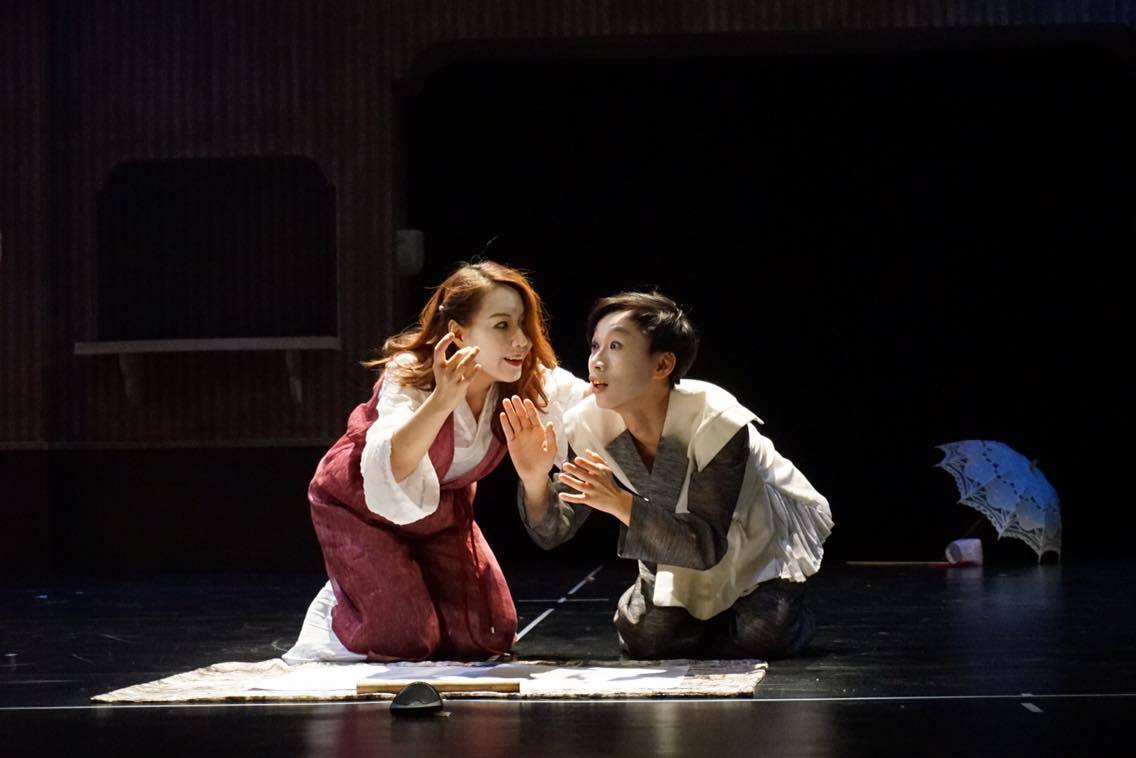 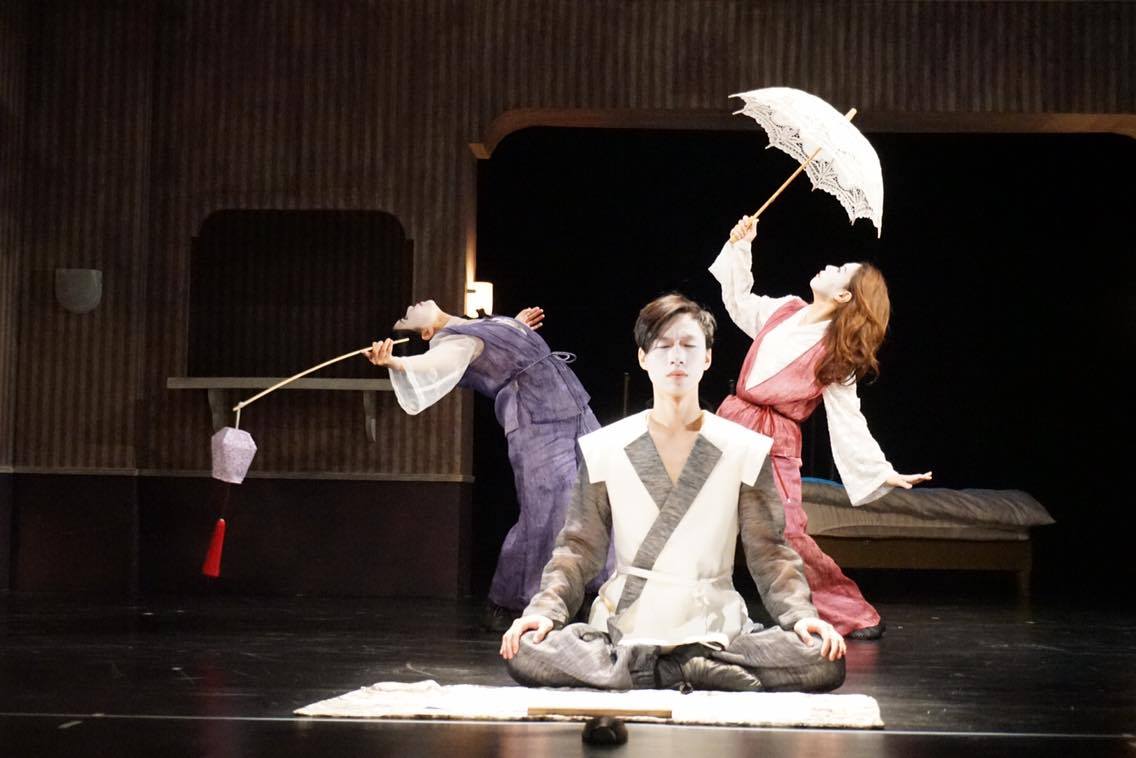 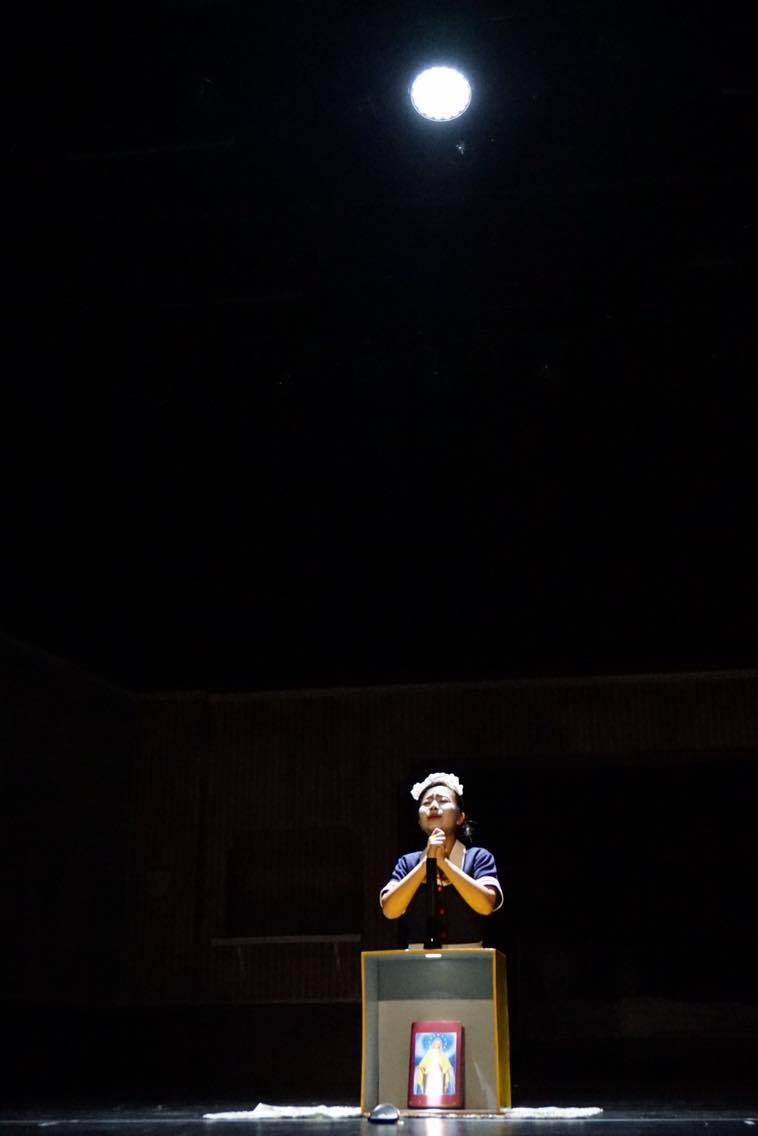 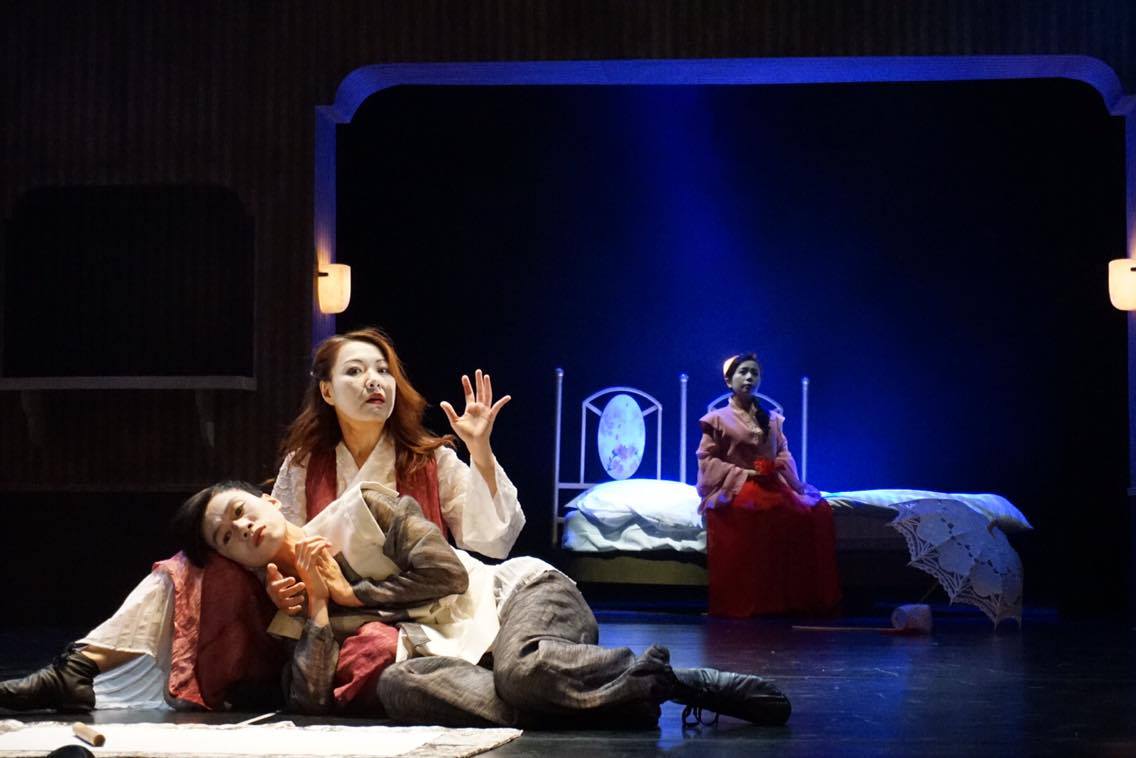 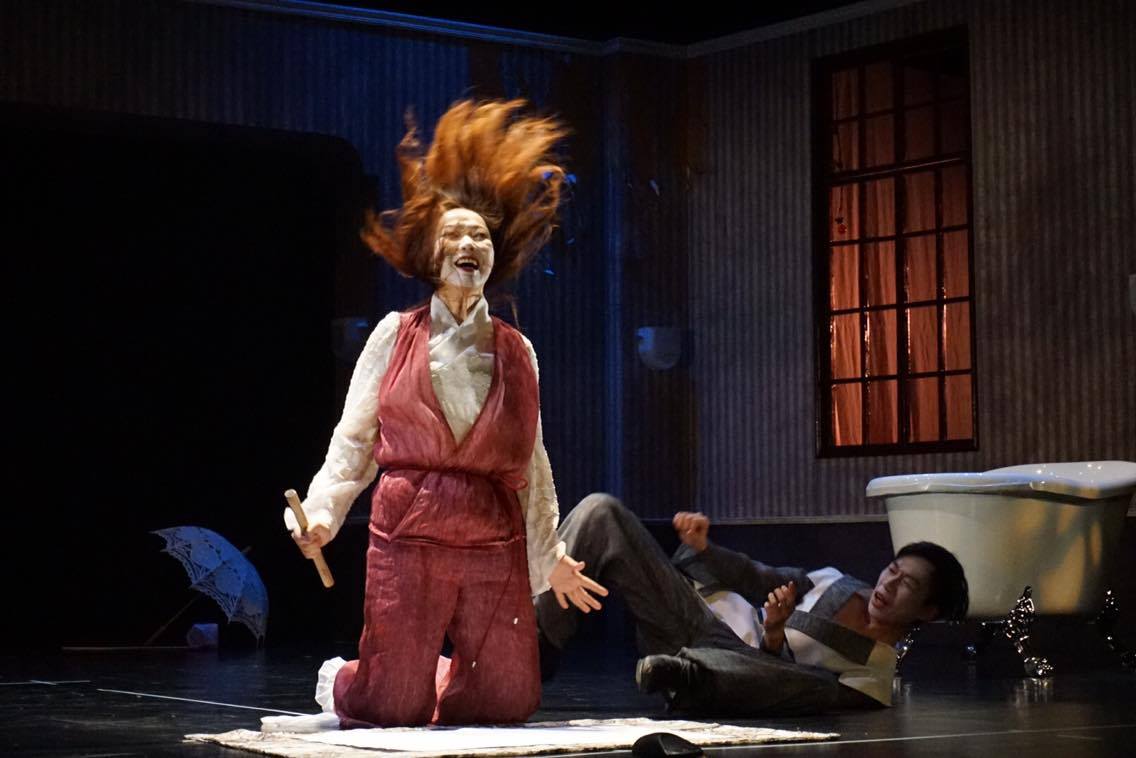